Difference between revisions of "LINQ to Grooper Objects" 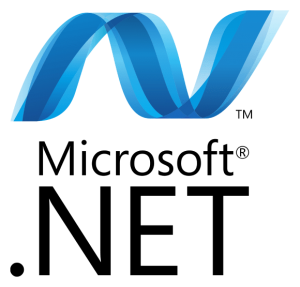 Expressions play an important role in Grooper, so users often ask how to add writing expressions to their skillset. The unfortunate truth is that writing expressions tends to be even more complicated than writing complete code in the form of scripts or applications. Basically, writing an expression is no different than writing a script, except for the fact that all the conditions, logic and output needs to squeeze into one “line” of code. When applicable, LINQ nets the same result while being more concise, readable, and overall, more user-friendly.

What is a Query and What Does it Do?

A query is a set of instructions that describes what data to retrieve from a given data source (or sources) and what shape and organization the returned data should have. A query is distinct from the results that it produces. When using LINQ with Grooper, the data sources are in the form of object collections.

What is a Query Expression?

A LINQ Query May do One of Three Things:

from country in countries where country.Area > 500000 select country

from country in countries from city in country.Cities where city.Population > 10000 select city

A query expression must end with either a group clause or a select clause.

from country in countries group country by country.Name(0)

The select clause can be used to transform source data into sequences of new types. This transformation is also named a projection. In the following example, the select clause projects a sequence of anonymous types which contains only a subset of the fields in the original element. Note that the new objects are initialized by using an object initializer.

Between the starting from clause, and the ending select or group clause, all other clauses (where, join, orderby, from, let) are optional. Any of the optional clauses may be used zero times or multiple times in a query body.

Use the join clause to associate and/or combine elements from one data source with elements from another data source based on an equality comparison between specified keys in each element. In LINQ, join operations are performed on sequences of objects whose elements are different types. After you have joined two sequences, you must use a select or group statement to specify which element to store in the output sequence. You can also use an anonymous type to combine properties from each set of associated elements into a new type for the output sequence. The following example associates prod objects whose Category property matches one of the categories in the categories string array. Products whose Category does not match any string in categories are filtered out. The select statement projects a new type whose properties are taken from both cat and prod.

Subqueries in a Query Expression

A query clause may itself contain a query expression, which is sometimes referred to as a subquery. Each subquery starts with its own from clause that does not necessarily point to the same data source in the first from clause. For example, the following query shows a query expression that is used in the select statement to retrieve the results of a grouping operation.

The aspect of Grooper that makes LINQ so useful is that Grooper’s hierarchical structure relies on object collections. At a high level, imagine a batch as a collection of folders or pages, a batch process as a collection of process steps, and a data model as a collection of data elements in the form of sections, tables, fields, etc. It is not surprising that traversing these collections within an expression can be confusing, but LINQ simplifies interacting with these Grooper collections.

For the following example, "Invoice Number" is a Data Field in a multi-instance Data Section named "Invoice Section" (As in there is more than one section repeated through the same document. i.e. There will be multiple "Invoice Number" Data Field results collected, one for every section).

For the following example, a Should Submit expression is used to send any batches (or potentially folders) through an attended Review activity if it contains any “Generic” documents. This Should Submit expression would be written on the Review step. Note the DirectCast method which sets Item to its specific type (Batch Folder) which provides properties and methods available to objects of BatchFolder.

Before 'Grooper' 2.9 LINQ expressions were not available.