The Import Mode property of an Import Provider allows you to control whether a document's content (i.e. the images and, in the case of PDF documents, their text), its properties, and a link between the document's source location and Grooper are created.

There are three Import Modes in Grooper:

Where is the Import Mode Set?

Starting in version 2.72, Grooper utilizes our CMIS+ Architecture. All storage platforms are exposed to Grooper under a single framework, called CMIS+, as if they were traditional CMIS content management endpoints. This standardizes import operations to use a single Import Provider, regardless of what storage platform is used. You can now use CMIS Import to import from a Windows File System, an email inbox, a CMIS system, and more. However, the older Import Providers are still available as legacy providers, meaning they are still available but are no longer recommended for use.

The simplest way to import in Grooper is using the "Batch" button in Grooper Dashboard or (as seen below) on one of the Batches folders in Grooper Design Studio. 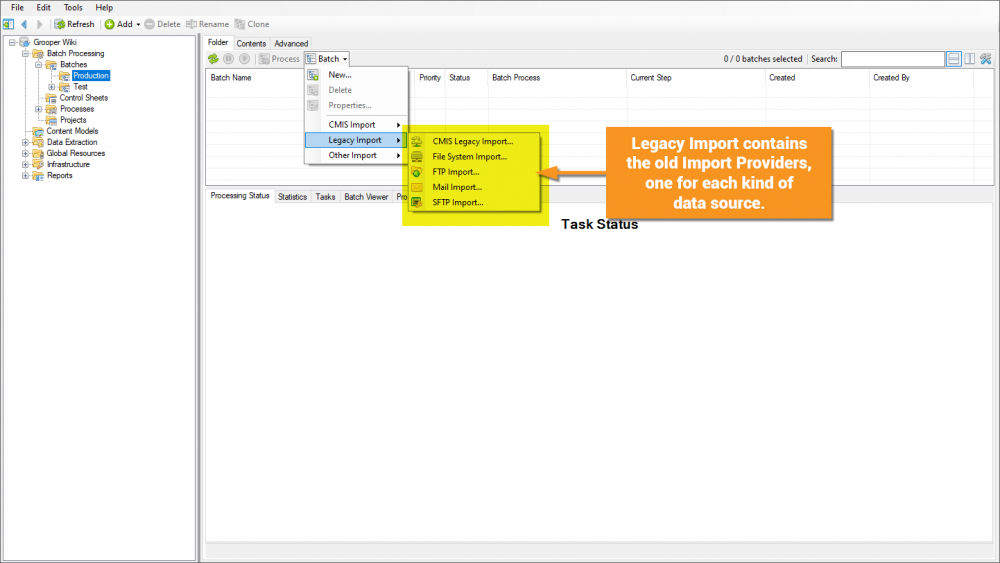 The Import Mode is an editable property upon selecting either "Import Descendents..." or "Import Query Results...".

The Legacy Import import providers do not have the ability to perform LinkOnly imports. However, you can sparsely import documents setting the Sparse Import property to True. This will import documents the same way the Sparse mode does for CMIS Imports. Keeping this property set to False will perform a Full import. 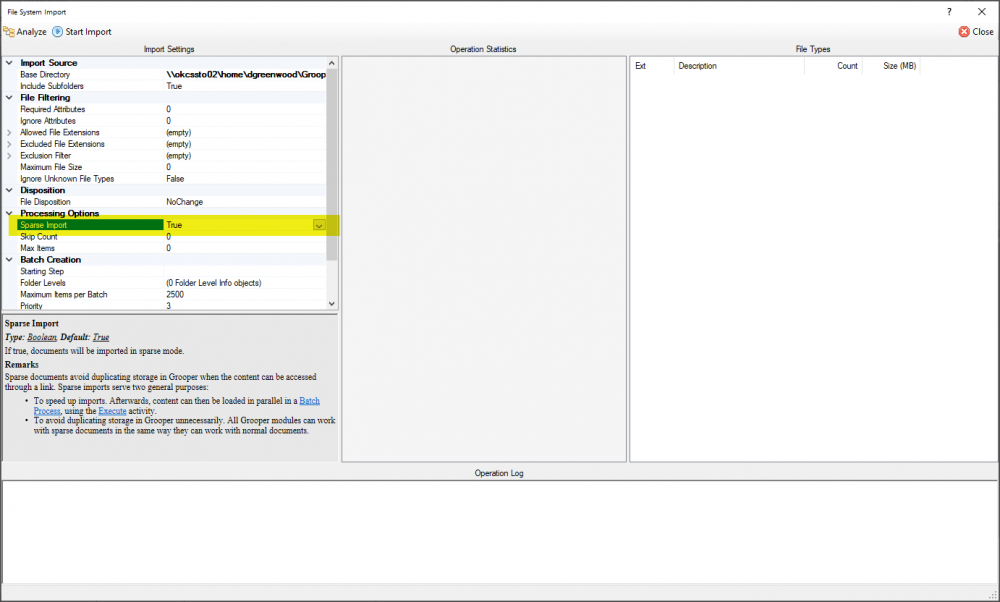 What is an Import Mode?

How Does Sparse Import Save Time?

What Is a Document Link?